French family and friendly company.
Optical and sun glasses made in France.

The genesis
The history of XIT® begins under another name, associated with an endearing emblem that will mark the minds of an entire generation, IDC and its frog. It is in this company created in 1985 by Jean-François REY and with the MOF Pascal LACOTTE that Lionel BELLET "Lio", optician by training, will make his weapons as a designer in 1995 and will hardly obtain his first Silmo d'Or. two years later. He later became the artistic director of the company for more than 10 years, until 2013 when he went solo, and 2015 with his partner Fanny, making the XIT® line a brand in its own right.
Elegance in essence
After completing the Cours Florent, Lio studied literature before becoming an optician and opening his shop in Paris. It was during this time that he met the big names in French eyewear, who saw in him a rich and innovative potential.
He has the eye of the optician, the hand of the artist and the romanticism of the writer. It is this unique and unusual personality that has always allowed her to allow herself everything, because in her hands even the trivial becomes distinguished.
Dare everything
From asymmetrical frames to Baudelaire's poems engraved in the steel of his glasses, from multicolored flags to "Fuck" or "Bitch" frames, from innovative techniques to the exploration of materials such as NXT, he is the pioneer of many concepts. became cult and continues to inspire many of his contemporaries.
French manufacturing
Always Marseillaise, the XIT® collection has partnered with two figures of French manufacture for all of its production, one in Burgundy, the other in the Jura. These are 60 French jobs for manufacturing and 12 more for design and distribution that XIT® is proud to support, but beyond good deed, it is above all French know-how and the sophistication of its manufacturing. that XIT puts forward. 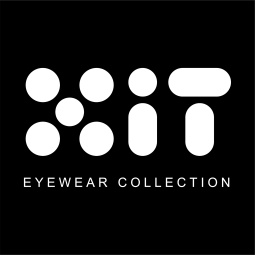