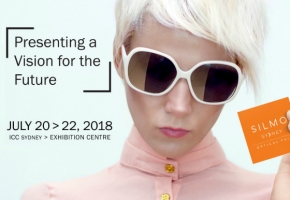 Gary Fitz-Roy Managing Director of Expertise Events Pty Limited said that he was delighted to form this important partnership with Optometry Australia.

“Both organisations are committed to ensuring that optometry continues to strengthen its position as a core Australian health care provider. Optometry Australia because they are the peak professional body for optometrists and for us, because we deliver Silmo Sydney 2017, a flagship of the Silmo franchise which is the world’s largest and leading optics and eyewear trade fair”, Gary said.

“Silmo Sydney 2018 will feature a full-scale, interactive practice of the future, as well as the latest digital optometry equipment, which supports Optometry Australia’s goal to gain deeper insights into emerging trends that may impact, and shape, the local optometric sector.

“With support from Silmo Sydney 2018, we will invite delegates, trade participants and key stakeholders from government, academia and allied health to join us at workshops to discuss how they believe the sector, and consumer interaction with optometrists, will evolve over the next decades.

Pre-register today and get your free badge for SILMO Sydney