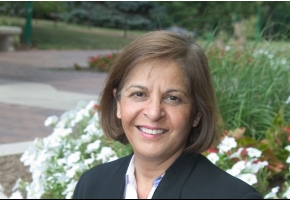 This symposium will be chaired by Dr Sarita Soni, a professor at the University of Bloomington with a PhD in optometry.

Dr Soni received her Ophthalmic Optics degree from University of Manchester Institute of Science and Technology in Manchester, England and her Doctor of Optometry degree and Master of Science degree in Pathology from Indiana University. In 1995 she led the establishment of the Borish Centre for Ophthalmic Research for patient based research in vision at Indiana University and served as its co-director until 2006. Dr Soni’s research focuses on cornea, application of contact lenses and correction of refractive errors which has resulted in over seventy publications.

Professor Soni is a diplomate of the Cornea, Contact Lens and Refractive Therapy Section of the American Academy of Optometry. She is an elected distinguished fellow of the National Academies of Practice. Dr Soni served as the Interim Dean at Indiana University School of Optometry from 2008 to 2010.